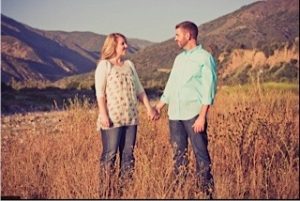 Stop fighting; Disagree, but work through the problems with respect, be friendly.

Settle the issue, then let it go.

Embrace & accept each others differences.

Identify the healthiest way possible to handle the conflict.

Do not take it personally that you have different views.

Go with your natural inclination.

Counter-attack if your buttons are pushed.

React instead of respond.

Distance yourself if you do not get your way.

“Sure, some arguments are worth having, especially if they are on important issues such as childcare, parenting, family, money, shelter, or food. These are things that are pretty important to most people and deserve are undivided attention and efforts. But even on these important issues, there is rarely a universal “right” and a universal “wrong.” There’s no single right way to raise a child, to manage one’s finances, to purchase a house, or to take care of daily meals. The key to happiness is learning to communicate our own expectations and needs to our significant other without framing everything as a battle or argument. Without the need for winners and losers. Stop fighting!

For example, if you start a conversation by saying, “I think the way you coddle our child is going to screw her up for life!” you’re pretty much laying down the peace dove and picking up a battle axe and shield. The instinctive human response to such an opening would be something like, “Well, I was raised that way and I didn’t get screwed up!” or “How would you know? How many children have you raised?” Everybody’s defenses immediately go up and the battle is on. When our emotional shields are up, we fight back and aren’t really open as much to listening and being rational. There will be a winner and a loser in this fight, because that’s the way it was initially framed.

Contrast that with, “I have some concerns about the way we’re raising our child. Can we talk about them sometime?” Suddenly your spouse isn’t feeling defensive, but concerned about your concerns and your desire to talk about them at his or her convenience. It shows an openness and respect to the other person, even before the conversation begins. Our shields are down, and our minds remain open and rational. It’s a night and day difference.”