Premarital counseling; Like all things, marriage takes effort to be successful. People tend to spend more time preparing for their wedding than they do for marriage. Many people who face marriage problems have not taken the time to communicate in depth with their partner before saying, ” I do.” Couples vary regarding the priorities they bring to counseling, but important topics which are often addressed are….go to; //revelationcounseling.com/counseling-specialties/premarital-counseling/

Creating positive marriage resolutions. It’s easy to get emotional when discussing serious topics like money, sex, and kids. During premarital counseling the counselor can help guide the conversation and prevent you and your partner from going off on a tangent, thereby losing focus and not accomplishing anything.

Learning conflict resolution skills. If you’ve had some major conflicts in the past then you both know how you tend to react during arguments, whether it’s exhibiting the silent treatment and pouting or yelling and name-calling. If you’re being honest with yourself, then there’s probably room for improvement. During premarital counseling you will learn  how to listen and communicate more effectively; more specifically, they’ll also tell you what to say (and not say) in order to reach a happy solution.

Getting realistic expectations about timing. For example, if you come to an agreement that the having children is a topic that is off the table for two years, then you won’t be left anxious or frustrated when you want to delve into that plan and your partner isn’t ready. This also applies to major purchases like buying a house.

Forgiveness; During premarital counseling clear the air about resentments you’ve been hanging onto throughout your relationship. A counselor will help you resolve these issues and free yourselves from them so that they don’t cause massive damage later on in your marriage.

Dismantling fears about marriage. One or both of you might come from a divorced family, or from a dysfunctional background where fighting and manipulation was the norm. Premarital counseling can teach you how to make peace with your past and break the cycle.

Premarital counseling is an investment in your future, in healthy functioning, in quality relationship. Do not be complacent, or accept “good enough” with something as critically important as marriage. You will be walking through life together. 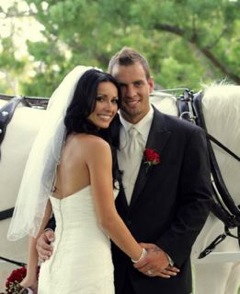